We spent the morning in Santa Monica yesterday visiting the Museum of Flying and the Flight Observation Deck at the Santa Monica Airport.  The boys had a great time seeing all the airplanes, sitting in the cockpits of two different airplanes (including the FedEx cockpit of the plane protruding from the building in the main image of this post!), trying out different seats, seeing all the airplanes and the Airport Crash Tender. After the museum we visited the flight observation deck and even found small park on the way out…this is a great morning activity in Santa Monica!  If you are on a budget you can skip the museum and just visit the Flight Observation deck and picnic n’ play in the park!

The Museum has two stories of retired airplanes to peruse.  The retired planes were predominantly vintage military airplanes from WWII.  There are short shows set up to watch all over from airplane seats, and there is a movie theater upstairs.  We didn’t see a movie in it, but its available at no extra cost.

Inside the cockpit of the FedEx Plane was their other favorite activity inside the museum (there are two real cockpits to explore)- a real cockpit with all the buttons and switches and a view of the runway:

There was a flight simulator which I am SHOCKED didn’t interest my kids…but kids just a few years older would probably LOVE THIS!! 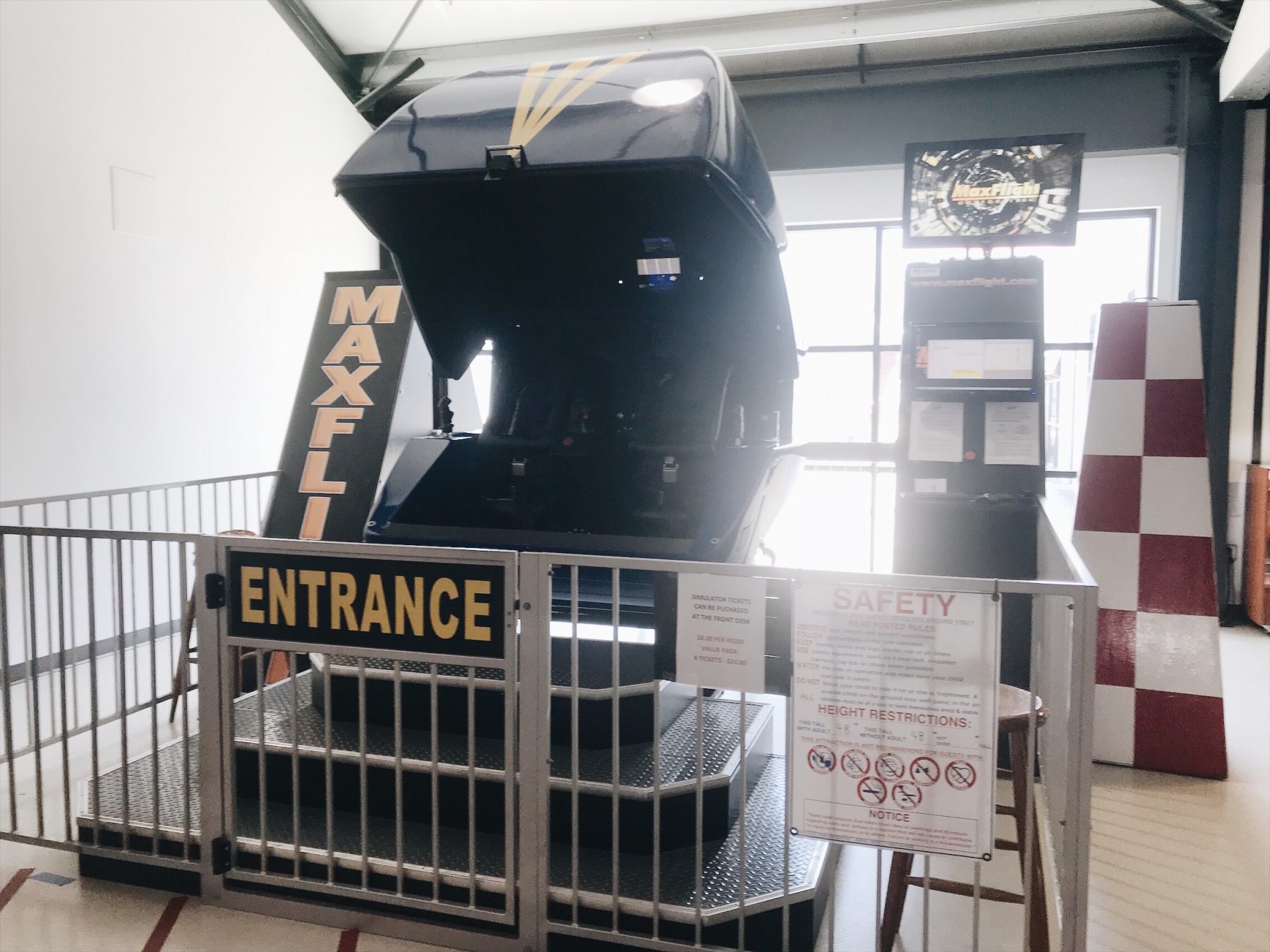 I am an airhead and didn’t check groupon before we went…HERE is a deal on Groupon.

At the front desk you can pick up an instruction sheet to get to the flight observation deck.  I snapped pics of where to turn in, and the elevator you are looking for.  The Flight Observation Deck is FREE…its not a part of the museum and anyone can go at no cost.  There was only one older gentleman there when we went, we essentially had it all to ourselves.

The observation deck is no frills (as to be expected for free right?)…you might want to bring a picnic blanket if you want to sit down…or if your kiddos are real plane watchers you might grab a beach chair for yourself.

Directly across the street we spotted this cute little park with TONS OF SHADE, picnic tables and a play structure.  We didn’t play this time (it was lunch time and I hadn’t packed a lunch)…but we will definitely be returning this park to check it out. There is also Spitfire Grill across the street…I considered trying it but solo with two little boys is hardly worth eating lunch out LOL. 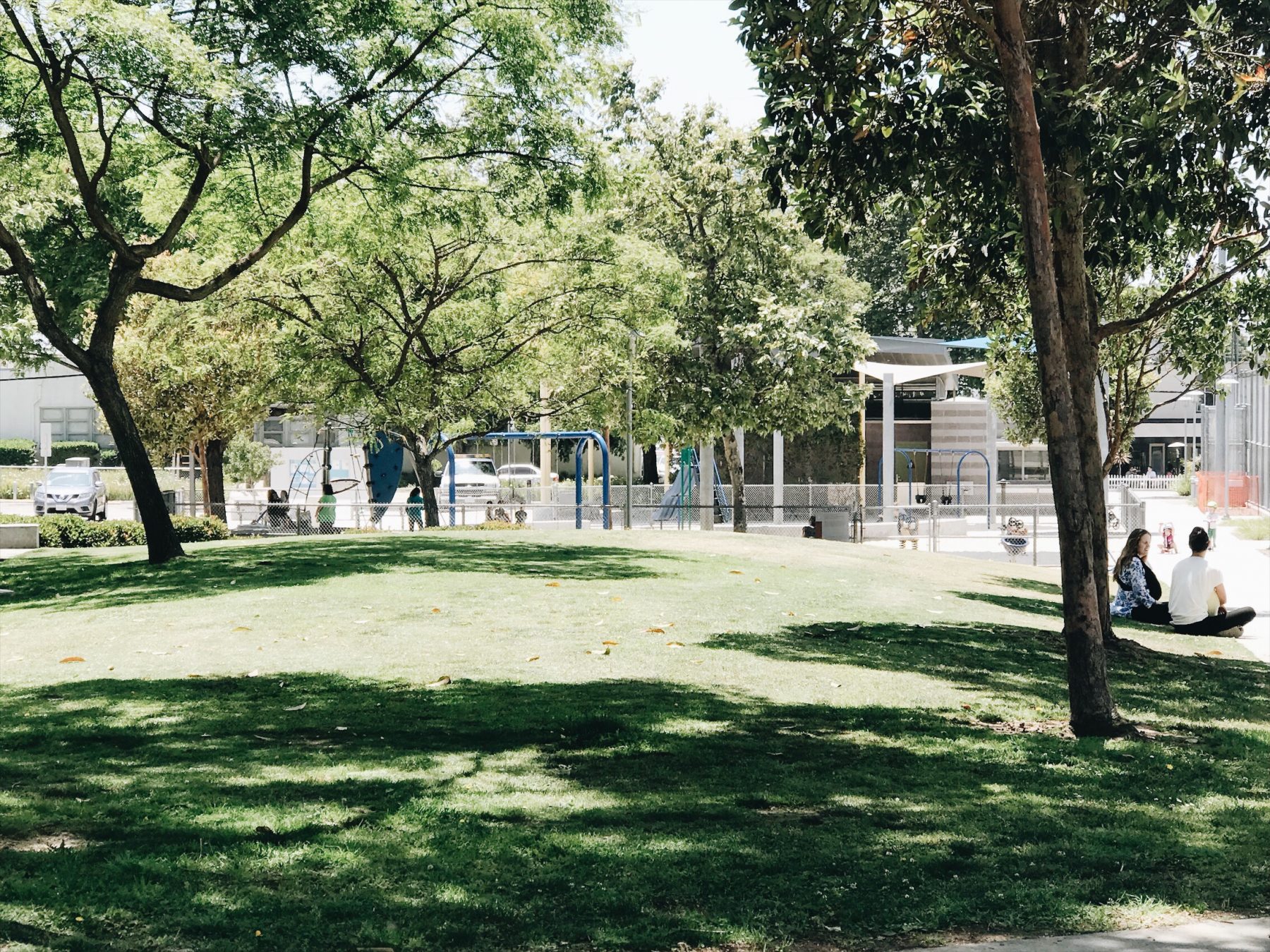 Note: I spotted a board room on the second floor of the museum- there appear to be two small meeting rooms and a larger reception room (not large…but larger than a boardroom)…it would be a cute venue for an off the beaten path business meeting, stockholder meeting, etc.

Have you been? Let me know your thoughts below!! Mama loves comments 😉

From The Museum of Flying:

The Museum is currently operating on it’s Summer hours. We are open Wednesday – Sunday 10 AM to 5 PM (last entry at 4:30 PM)

In the late 1980’s a discussion began between Donald Douglas Jr. and a local entrepreneur, David G. Price. It was agreed that a new building would be constructed on the north side of the Santa Monica Airport as the future location of the renamed Museum of Flying. The new Museum opened in 1989 with the original collection and the compliment of many vintage aircraft with an emphasis on World War II fighter aircraft.

Over the years the Museum was host to a number of special events that included annual gala events honoring the aviation and aerospace leaders, famous test pilots, and the original Mercury, Gemini, and Apollo astronauts.  Other memorable events held at the Museum included a tribute to the Tuskegee Airman, a Mustang Wing’s and Wheels event, and a 60th anniversary celebration of the Battle of Britain.

In late 2002, the Museum was temporarily closed due to economic hardship.  A search began for a suitable new location in a smaller building.  Several potential locations and scenarios were entertained by the Museum’s Board of Directors over the next few years.  Eventually in 2008, a new location was established on the south side of the Santa Monica Airport just a half a block away from the original location.  In addition to the new Museum project moving forward, a plan was finalized for the long discussed concept of building a monument to the iconic Douglas DC-3 aircraft.  Construction on the DC-3 Monument began in late 2008 and was completed and dedicated on the same day that the Museum signed a lease with the City of Santa Monica on March 21, 2009.

Construction began on the new Museum in early 2010 and the Museum celebrated its grand opening to the public in the new building on February 25, 2012.  The Museum collection consists of the many original artifacts related to the Douglas Aircraft Company, a variety of exhibits, aviation art, and features an array of aircraft from a Wright Flyer replica to aircraft of the jet age.